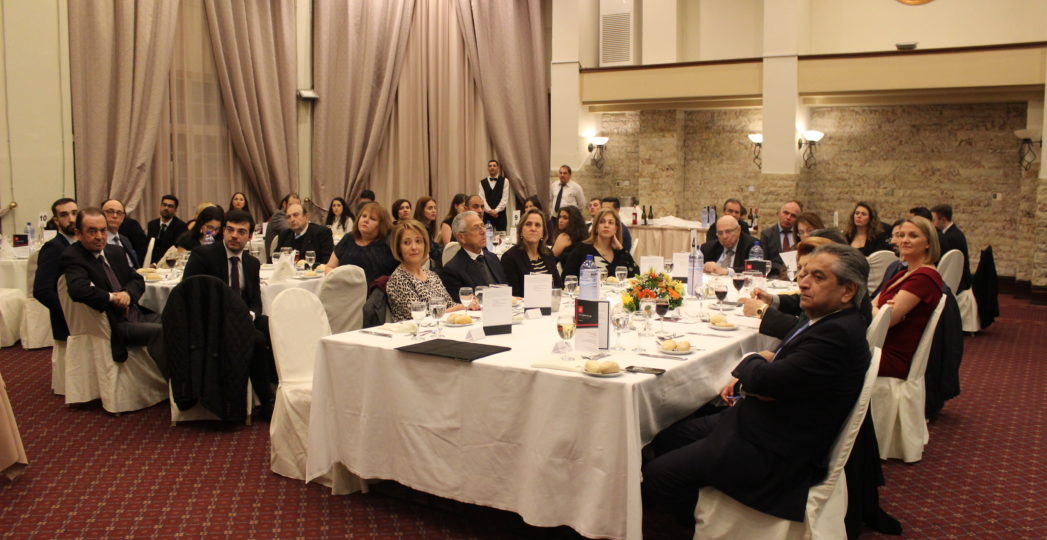 On Friday 22nd February 2019, the School of Law of UCLan Cyprus held its third Annual Lecture and Dinner at the Cleopatra Hotel in Nicosia.

The Annual Dinner was preceded by a cocktail reception followed by a Lecture delivered by the Distinguished Guest of Honour, Dr. Constantinos Lycourgos, a Judge of the Court of Justice of the European Union. The title of the Lecture was ‘Limits to National Sovereignty and New Possibilities for EU Citizens: The Role of the Court of Justice of the EU’. In his Lecture, Judge Lycourgos considered the status of the Court of Justice of the EU within the European Union and its vital role as ‘the guarantor of fundamental rights in the European Union’.  To this end, Judge Lycourgos analysed the judgments of the Court in a number of landmark cases. Reference was made to the cases of Internationale Handelsgesellschaft, case 11/70 and Simmenthal, case 106/77 stressing the importance of the supremacy of EU law as an independent source of law that cannot be overridden by rules of national law regardless of the nature and status of the legal provision of the Member State, e.g. fundamental rights that are part of a national Constitution. More recent cases were also discussed by Judge Lycourgos such as Associacao Sindical dos Juizes Portugueses, case C-64/16 and Minister of Justice and Equality, case C-216/15 PPU which constitute great examples of the Court’s determination in protecting/preserving EU values and principles under Article 2 TEU, including the rule of law and judicial independence even beyond the strict meaning of the Union’s competences. Judge Lycourgos then fielded questions from students, members of the legal profession and other members of the audience.

The Annual Lecture and Dinner was kindly attended by Mr Costas Clerides, the Attorney General of the Republic of Cyprus, Ms Rea Georgiou, the Accountant General of the Republic of Cyprus, and various retired members of the judiciary, including Judge George Arestis (Ret’d), the predecessor of Judge Lycourgos at the Court of Justice of the European Union who introduced the Distinguished Guest of Honour. Other attendees included practising members of the legal profession, members of other professions, diplomats, academics and, of course, law students.  The event carried 1 CPD point for the benefit of the professionals in attendance. UCLan Cyprus through its School of Law is a provider of CPD programmes for lawyers in Cyprus, accredited by the Cyprus Bar Association. The proceedings at the Annual Lecture and Dinner also encompassed a Vote of Thanks delivered by Professor Stéphanie Laulhé Shaelou, the Head of the School of Law at UCLan Cyprus, and a Toast by Alexandros Theocharous, the President of the Student Law Society at UCLan Cyprus.  The Master of Ceremonies was Dr Klearchos A. Kyriakides, an Assistant Professor in the School of Law and a non-practising Solicitor, who drew upon his experience of attending and helping to coordinate many legal dinners in England.  All three expressed their sincere gratitude to Judge Lycourgos.

In common with previous Annual Lectures and Dinners organised by the School of Law of UCLan Cyprus, this year’s Annual Lecture and Dinner enabled law students and other attendees to gain a realistic insight into what it is like to attend a formal legal dinner held in London at one of the four Inns of Court, at the Law Society of England and Wales or at a local law society. The Annual Lecture and Dinner gave students an enjoyable and educationally enriching taste of what awaits them and filled all students with an even deeper respect for the rule of law and for the proper administration of justice.

UCLan Cyprus would like to thank Judge Lycourgos, all of the honoured guests and the staff at Cleopatra Hotel, the latter of whom looked after the Lecture and Dinner attendees. 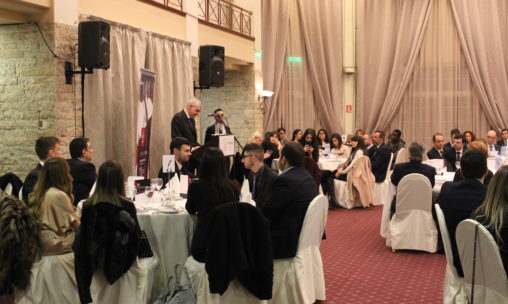