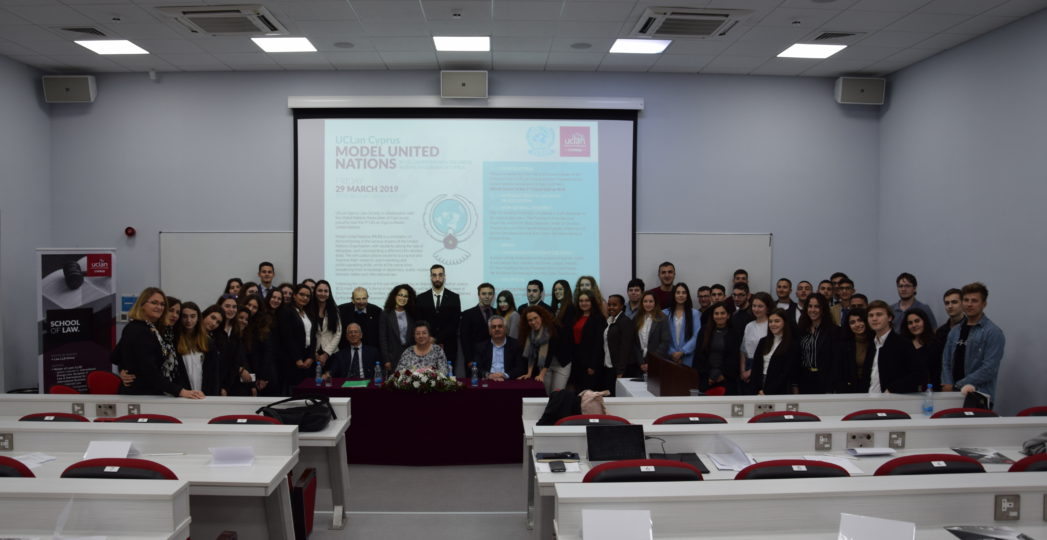 The School of Law of UCLan Cyprus was proud to host the 3rd Annual Model United Nations in collaboration with the United Nations Association of Cyprus. The event, which took place on 29 March 2019, was composed of two parts – a Human Rights Committee moot, and a General Assembly session. These two simulations allowed students to practise and improve their research, team-working and public speaking skills while at the same time broaden their knowledge in diplomacy, public relations between states and international law.

The first part of the event was the General Assembly session, which focused on the topical issue of equal education and during which the views of over 15 countries were presented and discussed. Students acting as the delegates did extensive research to ensure that the Member States they represented had their policies and opinions heard. They discussed these policies and opinions during the debate of a draft resolution. During the course of the debate, the delegates introduced three amendments to the resolution, two of which passed successfully. The draft resolution as a whole, including the approved amendments, passed with the approval of the majority of the General Assembly session. The School of Law of UCLan Cyprus is grateful to Mr Nicos Rolandis, Dr Christos Theodoulou and Ms Frances-Galatia Lanitou Williams for their time and effort dedicated   in their capacity as President of General Assembly, UN Secretary General and UN Under-Secretary General respectively.

The second part of the event was a moot on a fictional case heard by the Human Rights Committee of the United Nations. The two counsels representing each side submitted their arguments on the controversial international law topic of deportation of a suspected terrorist. The University’s gratitude goes out to the three judges of the moot – Dr Akis Hadjihambis, Ms Clelia Theodoulou and Mr Achilleas Demetriades – who dedicated their time and ensured the smooth running of the moot.

Congratulations are due to all students who participated to the event and to those who received awards for their exceptional performance during the event. Alexandros Theocharous won both the ‘Best Mooter Award’ and the ‘Best Delegate Award’, while Daniela Amura received a commendation for her presentation during the General Assembly debate. The Law Society and the School of Law of UCLan Cyprus thank all the participants for their time and effort dedicated to the event. We are also thankful to the United Nations Association of Cyprus for their collaboration and guidance throughout the planning stages of this event. 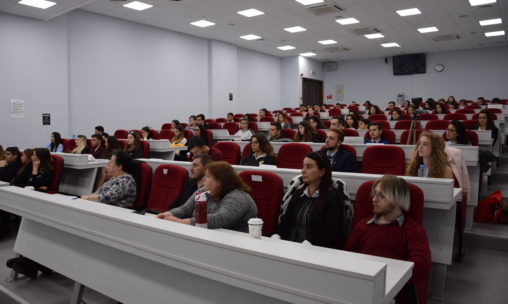 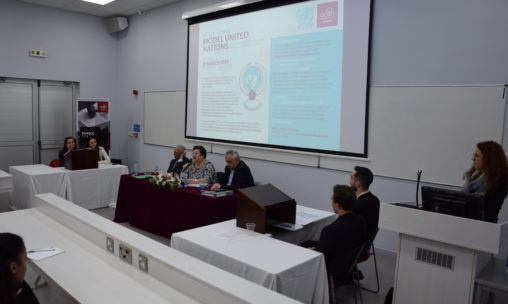