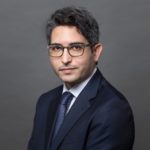 Most Important and most recent:

Speaker, Webinar Conference ‘A regime fit for purpose? Corporate Governance and Insolvency in the 2020s’, sponsored by Liverpool John Moores University and the Society of Legal Scholars, Liverpool, UK, March 2021. Presenting a conference paper titled ‘Wrongful trading and emergency rules at the time of COVID-19: a comparison between Italian and English Law Insolvency Regimes’.

‘Hardship clause: is it possible to identify a ‘legal constant’?’. Delivered at ‘The future of the commercial contract in scholarship and law reform’, IALS, London, UK. October 2018.

‘The new economy of financial systems towards the autopoiesis of financial markets’. Delivered at ‘Challenges and experiments in monetary sovereignty’, Harvard School of Law, Cambridge, U.S.. June 2018.

‘Between risk and uncertainty: venturing beyond the epistemology of financial risk’. Delivered at ‘Ways of Knowing: Epistemology & Law’, University of Westminster in association with the Institute of Advanced Legal Studies, London, UK. May 2018.

‘Complex Financial Systems: on the autopoiesis of financial markets and the role of law in systemic failures’. Delivered at the ‘Complexity, Institutional and Legal Reform, and Rule of Law’, Loyola University of Chicago, Rome, Italy. December 2017.

‘’Comparative Regulation of SPACs’. Delivered at the ‘The Future of Financial Law’, Institute of Law Jersey, Jersey, UK. March 2017.

I have been appointed as a Mentor and Supervisor in order to coordinate a research project on COVID-19 convened by the International University College of Turin, the Institute for New Economic Thinking (INET), the Young Scholar Initiative (YSI) and the Association for Promotion of Political Economy and Law. The project is about comparing the legal-economic responses to COVID-19 across over 70 jurisdictions around the World. Mentors and Supervisors include important professors such as Prof. David Kennedy (Harvard School of Law), Prof. Oreste Pollicino (Bocconi School of Law), Prof. Ermal Frasheri (Harvard Kennedy School), Prof. Jedidiah Kroncke (HKU School of Law), etc..

I have been part of this ambitious research project convened by Dr. Maren Heidemann, Catherine Pedamon, and Dr. Joseph Lee. The project is organised by IALS Centre for Corporate and Commercial Law, University of Westminster and University of Essex and it is focused on private as well as public international law.

I have been part of a study group of experts on monetary law at Harvard School of Law (Institute for Global Law and Policy). The research project has been convened by Prof. Christine Desan. The research is focused on the meaning of ‘money’ from a constitutional as well as economic point of view.

I have been part of the Jean Monnet Teaching Module on the “Europeanisation of the Payment System” that was held in Siena in the second edition of Autumn School at the University of Siena. The research project is convened by Dr. Gabriella Gimigliano and sponsored by European Commission.