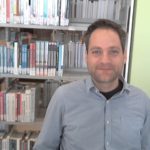 PhD in Electrical Power Engineering (The University of Manchester, 2010)

MSc in Electrical Power Engineering with Business (The University of Strathclyde, 2008)

BEng in Electrical and Electronic Engineering (The University of Manchester, 2006)

I have a strong research interest in the area of electrical “Smartgrids” with the addition of renewable and distributed energy resources. I believe that this subject where the applications of these in modern power systems is of the utmost importance, and that efficient and intelligent design will play an important part in resolving the global demand for reduction of greenhouse gases.

My broad research interests can be summarised to different aspects of design and applications of renewable generation in other areas such as electrical vehicles and their involvement with the electric network. I also plan to investigate the effects of renewable generation connection to the Cypriot transmission system and the economic benefits that could arise for the country and consumers.