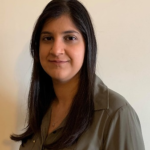 Assessing violence and/or sexual risk of re-offending in individuals. Assessment and treatment of offenders with neuro-developmental disorders. Public’s perceptions and attitudes on a range of sexual offences (e.g. internet sex offences, child abuse, sexual harassment, rape and sexual assault) committed by males and/or female offenders. Offenders with Personality Disorders – management of risk in the community and application of individually-tailored interventions.