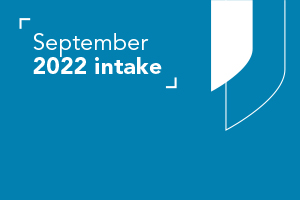 Apply Now
Home / Discover / Happenings / Latest News / SECOND ANNUAL DINNER OF THE SCHOOL OF LAW, UCLAN CYPRUS, AT THE CLEOPATRA HOTEL IN NICOSIA ON FRIDAY 16 FEBRUARY 2018
Go back to Homepage

SECOND ANNUAL DINNER OF THE SCHOOL OF LAW, UCLAN CYPRUS, AT THE CLEOPATRA HOTEL IN NICOSIA ON FRIDAY 16 FEBRUARY 2018

In his Key Note Speech, the Auditor-General examined three inter-linked questions of huge importance to the democratic and economic health of every sovereign state: ‘What is good governance, why does it matter and how can it be achieved?’

The Auditor-General began his Speech by drawing attention to the presence of so many students and his willingness to convey to them the importance of ethical behaviour and respect for public money.  He went on to address each of the three questions in the title of his Speech.  He placed particular emphasis on ‘why fraud exists’, ‘public sector fraud in Cyprus’ and ‘ways to reduce fraud’.  He concluded by noting that the Audit Office of the Republic of Cyprus, which he leads, is a supreme audit institution doing its ‘best, with the resources available, to play an active role in raising awareness of the risks of fraud and corruption and fostering good governance and standards of conduct.’  After delivering his Speech, the Auditor-General fielded questions from students and other guests on a diverse array of subjects including corruption in other parts of the Eastern Mediterranean, whistleblowing and the role of education.

The Annual Dinner was attended by an array of honoured guests including the Attorney-General of the Republic of Cyprus, as well as retired members of the judiciary, practising members of the legal profession, members of the diplomatic corps (including the High Commissioner of the United Kingdom and the Ambassador for the Netherlands), the police and academia.  Also in attendance were law students from UCLan Cyprus and UCLan UK who gained a realistic insight into what it is like to attend a formal dinner held in London at one of the Inns of Court or at the Law Society of England and Wales.