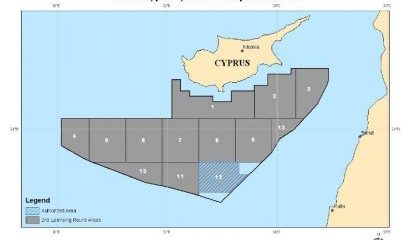 Cyprus has in December 2011 discovered large natural gas reserves in its exclusive economic zone.  This has been the most significant development in the energy history of Cyprus and it may be the country’s only hope for economic recovery.  There have been many fascinating developments in the oil and gas sector in Cyprus since December 2011, but in order for one to understand these developments the legal regime behind oil and gas exploration and exploitation first needs to be understood.

The purpose of this seminar is to very briefly outline the Cyprus oil and gas legal regime and go through the basics of the recent developments in the sector.

Michael Damianos is a practising Cypriot lawyer, his main areas of practice being international and local mergers and acquisitions, general corporate and commercial work, energy/projects, real estate, banking and capital markets.  He is a law graduate of the University of Southampton (with First Class Honours) and has an LL.M from Fitzwilliam College, University of Cambridge.  He is dually qualified in Cyprus and in England & Wales (as a solicitor).  Before practising in Cyprus he qualified as a solicitor at the London office of Simmons & Simmons and then moved on to the London office of Lovells LLP (now Hogan Lovells), working for the then Energy, Power, Utilities and Infrastructure Department.