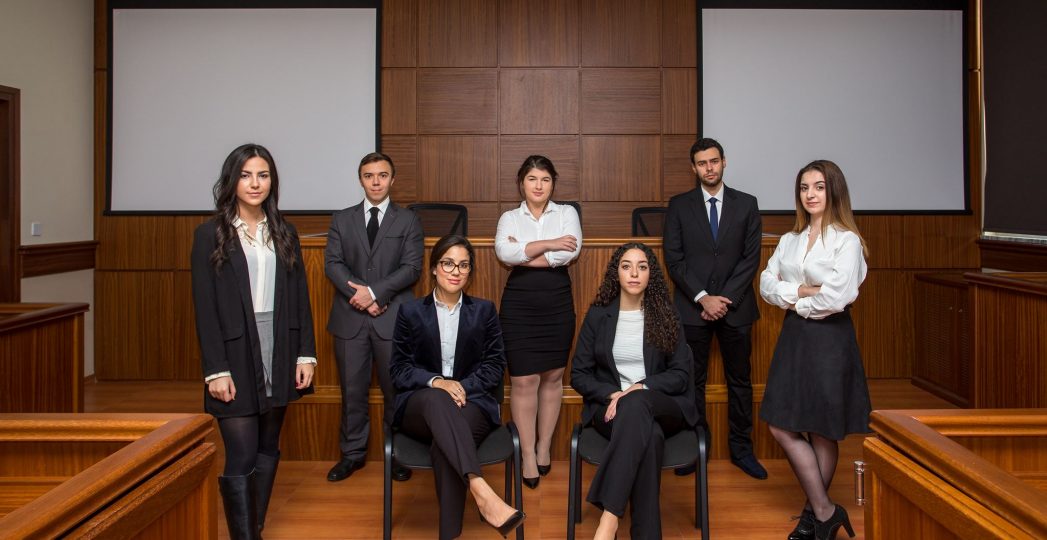 The School of Law of UCLan Cyprus has successfully competed for the second consecutive year in the prestigious Willem C. Vis International Commercial Arbitration Moot (Vienna, Austria) which this year ran from early October 2017 until late March 2018. The Willem C. Vis Moot is designed to be an educational programme with many facets in the form of a competition for law students attracting more than 300 University student teams from all over the world each year. The Willem C. Vis Moot Problem every year involves a dispute arising out of an international sale of goods contract governed by the United Nations Convention on Contracts for the International Sale of Goods (CISG). This year’s dispute was before an arbitral tribunal pursuant to the UNCITRAL Arbitration Rules with the parties having agreed that the arbitration will be held in Vindobona, Danubia (fictitious country), that has enacted the UNCITRAL Model Law on International Commercial Arbitration (Model Law) with the 2006 amendments. The goal of the Moot is to foster the study of international commercial law and arbitration for resolution of international business disputes and to train law leaders of tomorrow in methods of alternative dispute resolution, particularly in advocating a position before an Arbitral Tribunal composed of arbitrators from different legal systems.

The UCLan Cyprus team was comprised of seven law students out of which two LLB students, Antonia Michailidi and Denys Georgiou then travelled to Vienna (co-sponsored by the School of Law, UCLan Cyprus and the Cyprus Arbitration and Mediation Centre (CAMC)) to compete in the third and final stage of the competition, the oral hearings, which took place between 23rd March – 29th March 2018. The first two stages of the Moot included the submission of written Memoranda; first on behalf on the Claimant in early December 2017 and then on behalf of the Respondent in mid-January 2018. Our two Oralists were escorted to Vienna by the team’s coach, Dr. Nevi Agapiou, Lecturer in International Commercial Law and Dispute Resolution, School of Law, UCLan Cyprus who also acted as Arbitrator in the General Rounds of the Moot, which saw each team moot four times, twice as Claimant and twice as Respondent before an Arbitral Tribunal comprised of three members. Our two Oralists were also given the opportunity to attend the Annual MAA International Commercial Law & Arbitration Conference, ‘Adventures in International Commercial Law: Recent Developments in International Arbitration and the CISG’ which took place on 23rd March 2018 at zeiler.partners in Vienna. As was stated last year, UCLan Cyprus is committed to offering a unique blend of knowledge and practical experience to students and our student’s participation in the Willem C. Vis Moot for the second consecutive year is tangible proof of that commitment.

Our students (on the left) Denys Georgiou and Antonia Michailidi with opposing counsel and the Arbitral Tribunal after our very first hearing as Claimant against the Catholic University Andres Bello from Venezuela (Juridicum, University of Vienna).

Our students (on the right) Antonia Michailidi and Denys Georgiou with opposing counsel and the Arbitral Tribunal after our second hearing with Universidade Positivo from Brazil where we appeared as Respondent (Dorda, Vienna).

Our students (on the right) Antonia Michailidi and Denys Georgiou with opposing counsel and the Arbitral Tribunal after our third hearing appearing as Claimant against Humboldt University from (Dorda, Vienna).

Our students (on the right) Antonia Michailidi and Denys Georgiou with opposing counsel and the Arbitral Tribunal after our fourth hearing with Galatasaray University from Turkey where we appeared as Respondent (Juridicum, University of Vienna). 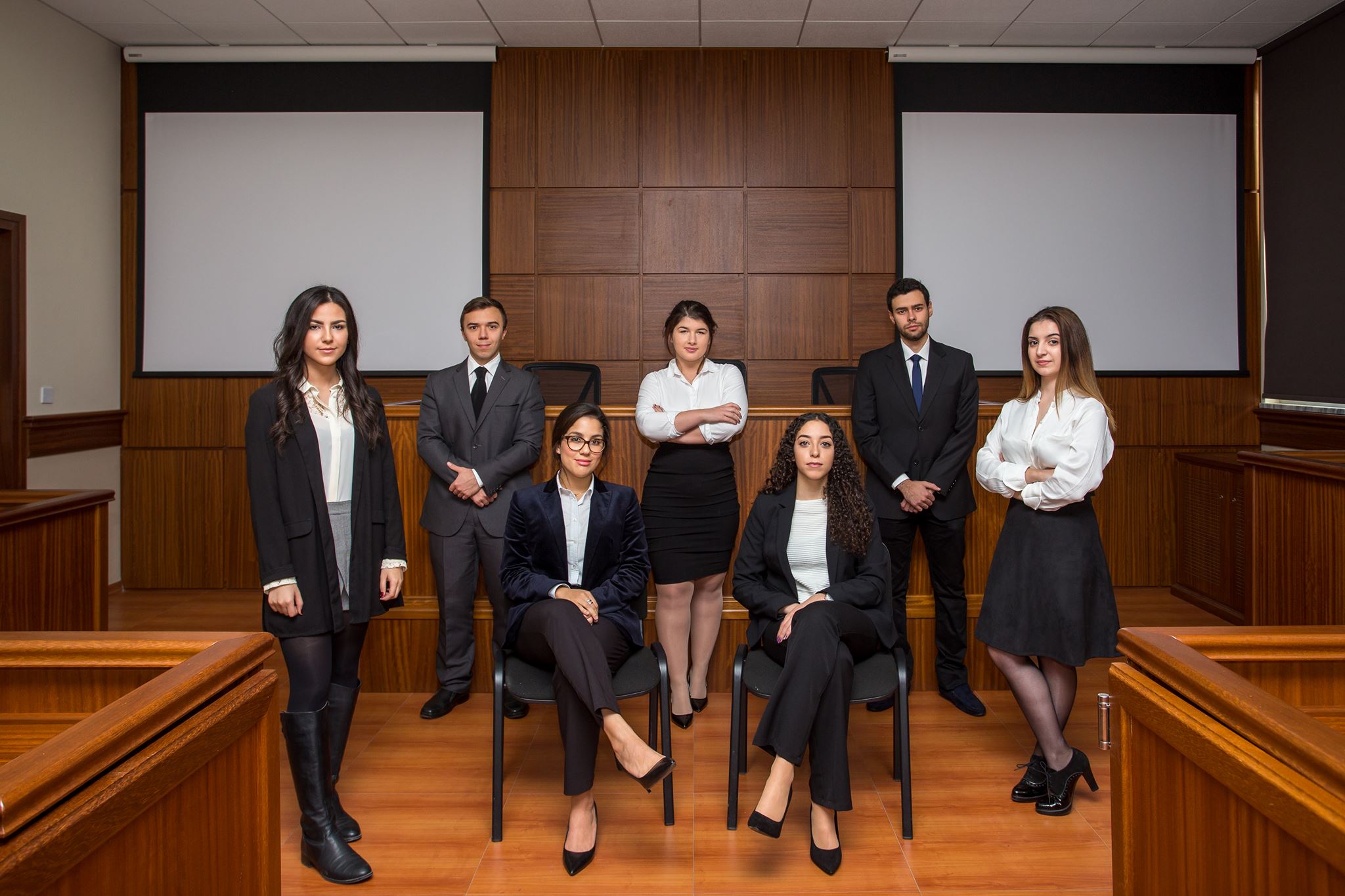 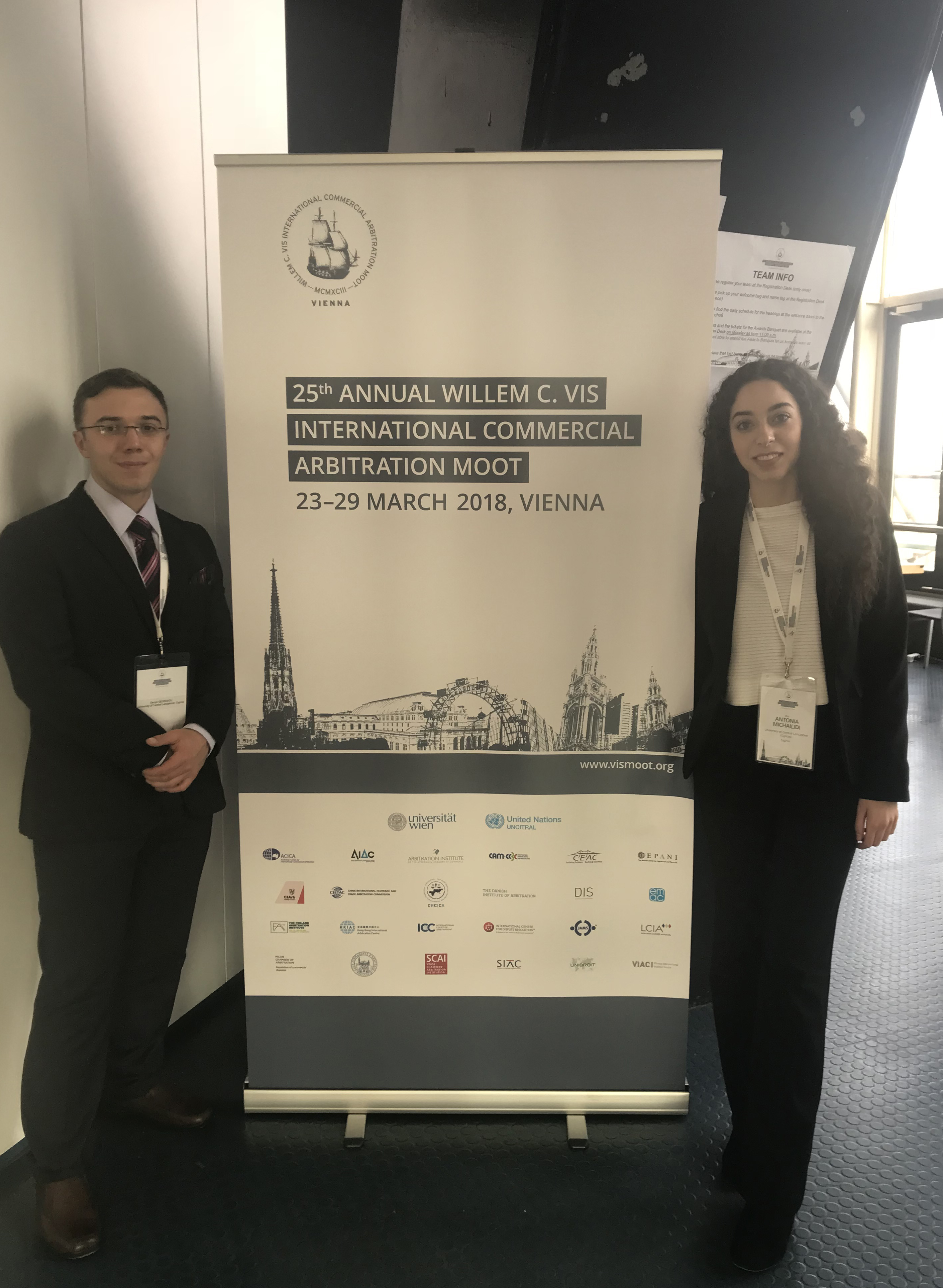 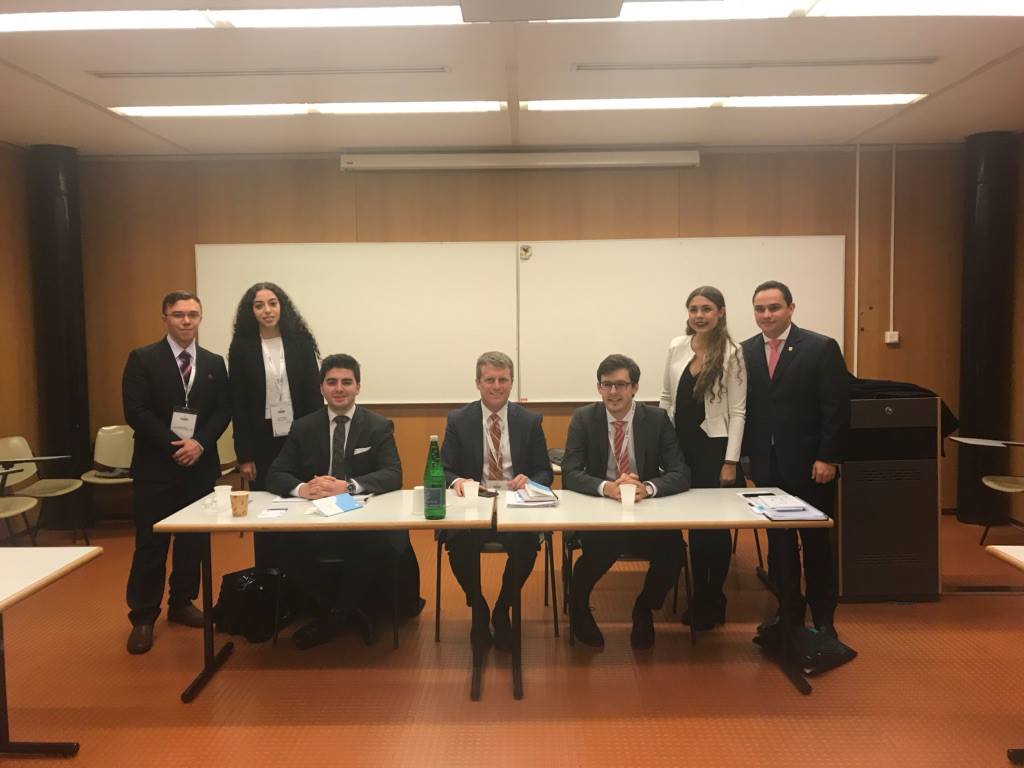 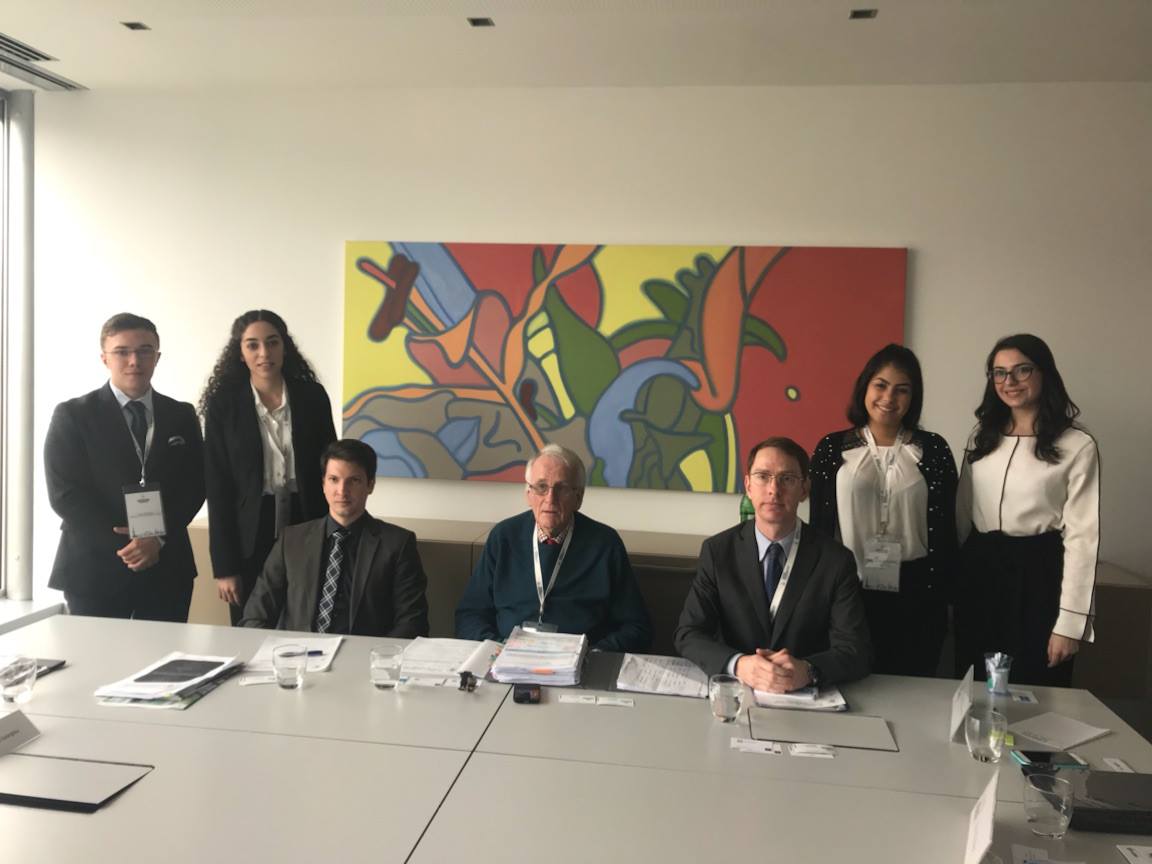 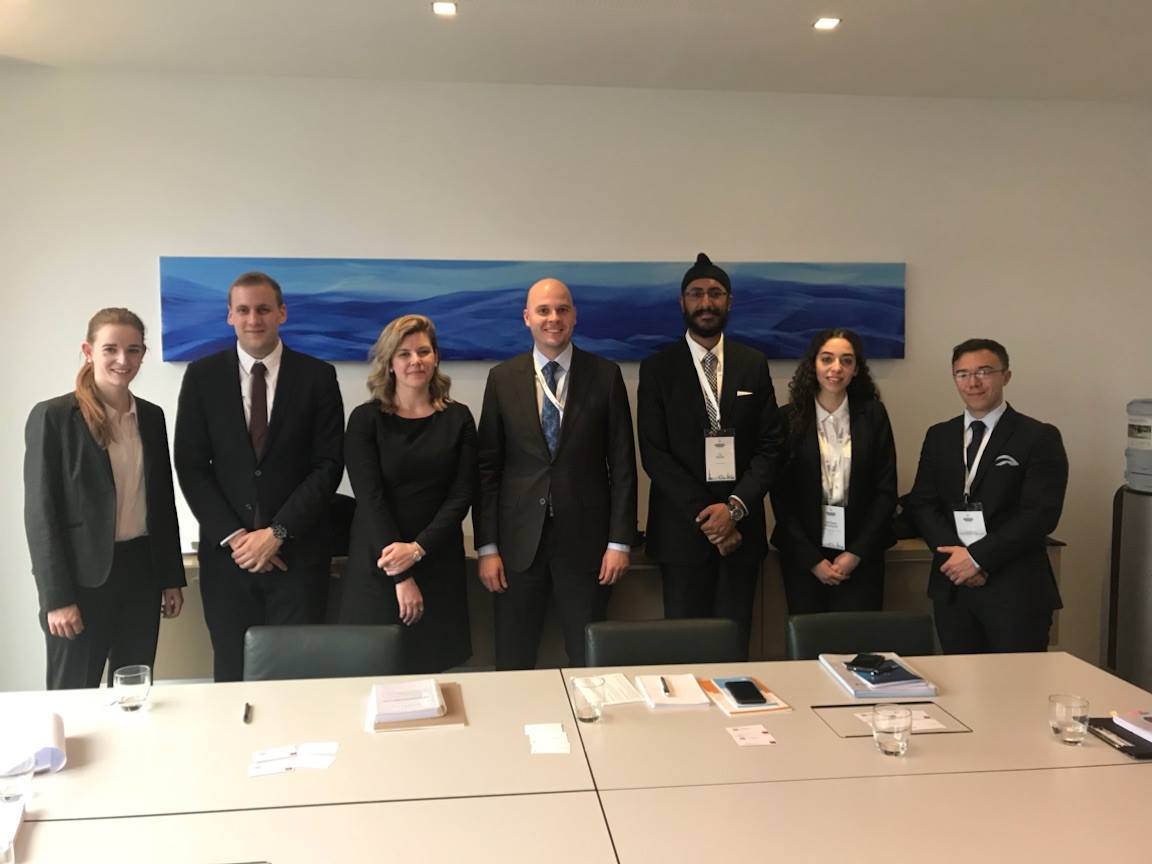 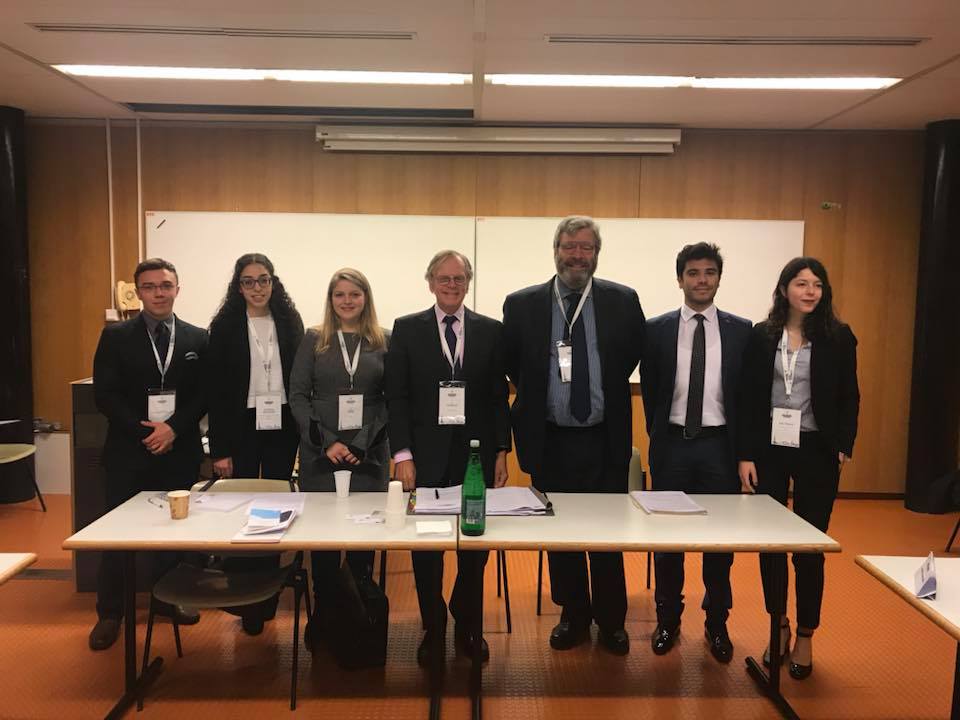