Apply Now
Home / Discover / Happenings / Seminars & Events / What is blocking a negotiated settlement in Cyprus?
Go back to Homepage 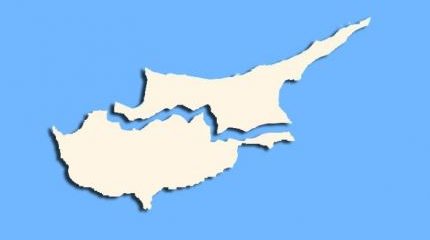 What is blocking a negotiated settlement in Cyprus?

“What is blocking a negotiated settlement in Cyprus?”

Can the Cyprus problem ever be resolved? The answer is that it all depends! If the agreed basis of the solution – a bicommunal, bizonal federation – and the character of the UN-sponsored intercommunal negotiations aimed at achieving it stay as they have been for nearly 40 years, and if there are no drastic changes in the beliefs, attitudes, desires and calculations underlying the demands and inhibitions of the Greek and Turkish Cypriot leaders, then a negotiated solution to the Cyprus problem will remain blocked in the foreseeable future. If, on the other hand, there are substantial changes in the basis of the solution and the factors determining the thinking of the negotiating parties, then it is possible that the dispute can be resolved to the satisfaction of the majority of Greek and Turkish Cypriots, as well as the Turkish government which controls and directs the Turkish Cypriot leadership.

The speaker will examine one fundamental factor which has effectively blocked the achievement of a solution, despite a dozen or so rounds of negotiations held since 1977.  Put bluntly, the factor – in fact a dual factor – is that (1) each party seeks a solution which will secure for it a range of benefits to which it believes it has a right, but have been usurped by the opponent by violence or stealth. Consequently, (2) when one party realizes that its opponent is not willing to offer more than a little of what it has usurped, but nevertheless it makes proposals designed to acquire or share control of a number of that party’s most valuable assets, it is bound to reject the proposals out of hand. The result is the undramatic stalemate which has kept Cyprus divided into two mono-ethnic entities facing each other in unfriendliness: the internationally recognized Republic of Cyprus ran and controlled by the Greek Cypriots, and the Turkish Republic of Northern Cyprus, ran by the Turkish Cypriots under the tutelage and control of Turkey.

Dr Zenon Stavrinides is a Tutor in the School of Philosophy, Religion and History of Science in the University of Leeds. He is General Secretary of the Association for Cypriot, Greek and Turkish Affairs. He published The Cyprus Conflict: National Identity and Statehood and a number of papers on the Cyprus problem, as well as on issues in philosophy and human rights.