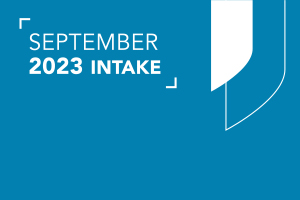 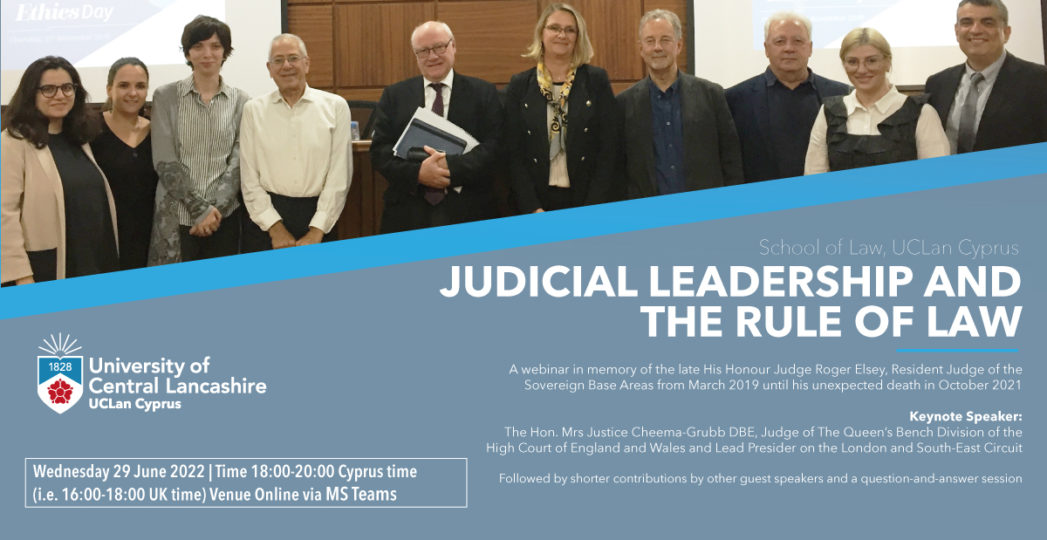 Judicial Leadership and The Rule of Law

A webinar in memory of the late His Honour Judge Roger Elsey, Resident Judge of the Sovereign Base Areas from March 2019 until his unexpected death in October 2021.

The background to the webinar
The late His Honour Judge Roger Elsey (HHJ Elsey) was educated at Newcastle University and, having joined Gray’s Inn, was called to the Bar of England and Wales in 1977. In the years that followed, he practised as a barrister before embarking upon a career as a member of the Judiciary of England and Wales primarily based in the north-east of England. He became a Deputy District Judge (in the Magistrates’ Court) in 1999, a District Judge (in the Magistrates’ Court) in 2004 and the Resident
Judge as well as HM Coroner of the Sovereign Base Areas of Akrotiri and Dhekelia in the Island of Cyprus in 2019.

In that latter role, HHJ Elsey made a significant contribution to the education of students, including those reading Law at the Cyprus Campus of the University of Central Lancashire (UCLan Cyprus).
The members of staff, students and alumni of UCLan Cyprus were deeply saddened to learn of the unexpected death of HHJ Elsey on 20 October 2021. On the following day, after his death had been formally announced by the Sovereign Base Areas Administration, British Forces Cyprus and the Judiciary of England and Wales, Professor Stéphanie Laulhé Shaelou circulated a message of condolence on behalf of the Cyprus Campus of the University of Lancashire (UCLan Cyprus) where she has been the Head of the School of Law since 2016. Her message reflected the affection with which HHJ Elsey was held on that Campus which he had visited on a number of occasions in support of legal education.

Shortly after the death of HHJ Elsey was announced, Professor Laulhé Shaelou represented UCLan Cyprus at a memorial service held at the Church of St Paul in Episkopi. In his eulogy, Major General Robert Thomson CBE DSO, Administrator of the Sovereign Base Areas and Commander of British Forces Cyprus, mentioned the educational support extended by HHJ Elsey to UCLan Cyprus. More broadly, Major General Thomson also saluted HHJ Elsey’s dedication to justice, the judiciary and the
Rule of Law.

Against this background, academics at the School of Law of UCLan Cyprus promptly resolved to honour the memory of HHJ Elsey in an appropriate way. The outcome of this resolution is the webinar detailed below which the School of Law has organised after consulting primarily with his family and the Judiciary of England and Wales, but also with the Sovereign Base Areas, the British High Commission in Nicosia and the Judiciary in the Republic of Cyprus, to whom the School extends its sincere thanks.

The primary purpose of the webinar
The primary purpose of the webinar is to honour the memory of HHJ Elsey by focusing on how Judicial Leadership inter-relates with the Rule of Law, pastoral support and legal education. As such, the webinar has been designed to contribute to the self-directed continuing professional development of judges, lawyers and legal academics, as well as the education of students.
Subject to prior registration, admission to the webinar is free and open to the public. The webinar is primarily though not exclusively aimed at judges, lawyers, legal academics, law students and, of course, the family members, friends and former colleagues of HHJ Elsey. All are welcome to register in accordance with procedure explained here.