Round Tables by the Jean Monnet Module running

at the School of Law of UCLan Cyprus

Co-funded by the European Union

On Friday the 26th June 2015 two Round Table discussions took place at the EU House in Nicosia entitled ‘New economic governance in the Euro area – scope and limitations’ and ‘Legal aspects of the European Banking Union’. They were organised by the Jean Monnet Module running at the School of Law of UCLan Cyprus and were co-funded by the European Union, in the field of the Law of EU Economic and Financial Governance in the EU (FECoGov). The discussions were co-organised with the Representation of the European Commission in Cyprus and the European Parliament Information Office in Cyprus.

The topics included current issues and challenges of economic governance in the Euro area, the renewed role of the EU institutions and the Troika, the decision of the Court of Justice of the European Union in the Gauweiler/OMT case and the viability of an ordered exit from the Euro area and other areas on the European Banking Union and the Capital Markets Union including a discussion of crisis-related instruments and the new role of the ECB in prudential supervision. The Round Table discussion successfully concluded with a consideration of the macro-economic adjustment programme for Cyprus and the bail-in provisions.

For more information on the Jean Monnet Module and its activities, please contact slaulhe-shaelou@uclan.ac.uk. 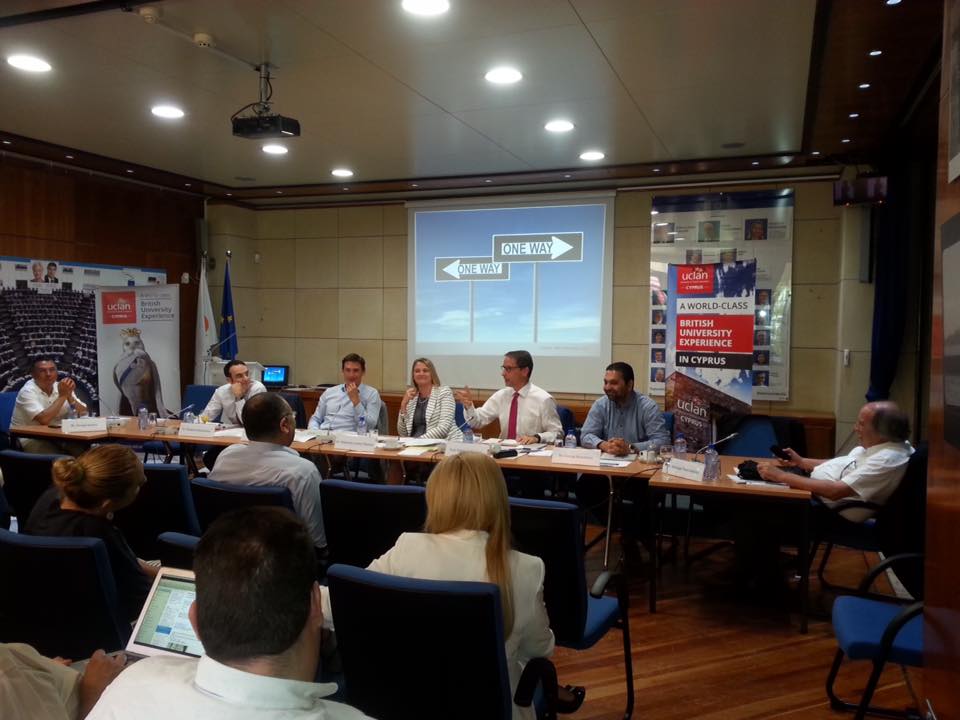