When a University of Central Lancashire Cyprus (UCLan Cyprus) student took to the football pitch in Cyprus for his weekly match, little did he know a spectator visiting on an educational trip would soon make his dreams come true.

Football mad Sergios Avraam was playing for UCLan’s Cyprus team when he was brought to the attention of Preston North End Football Club’s Deputy Chairman David Taylor, who is also Chairman of UCLan.

David, who was visiting the Pyla Campus, witnessed the striker’s talents at first-hand and invited him over to England to train with the League 1 club.

The 22-year-old, who is currently in the first year of a sports science degree, is in the North West for three-and-a-half weeks. He is currently training at the UCLan Sports Arena with the PNE Academy Team (under 18s) and will shortly join the promotion chasing first-team squad for some sessions.

Sergios said: “This is a once-in-a-lifetime opportunity and it could be the one chance I need to change my life. To be able to play football professionally is a dream come true so I hope I impress the coaches. I’m so thankful to David, the people at Preston North End and the staff at UCLan for making this happen.”

“Playing in England is very different to Cyprus,” said the Steven Gerrard and Zlatan Ibrahimovic fan. “The pace is so fast compared with the European style of play. Technically I feel I’ve done ok and I feel I’ve been strong enough up against other players but I know my stamina needs to improve. Playing 90 minutes at a fast pace is physically very tough but with more training I know I will be able to perform.

“It’s been very interesting and challenging so far but it’s definitely been enjoyable. The coaches and the players have been very friendly and encouraging so I couldn’t have asked for more.”

Between his training sessions and daily gym session Sergios, who is away from home for the first time, has been taking in the sights of the city.

“Preston is a very good city. I’ve enjoyed running by the river in the beautiful park, walking around the Docks and spending time in the city in the sunshine. The football stadium is amazing and the training facilities at the Sports Arena are outstanding.”

His UCLan Cyprus coach Miodrag Stijovic met David in Cyprus and pointed Sergios out as the star player. Miodrag, who has travelled over for a week to watch him in training, said: “I’m very, very proud of him. He’s a very special player with fantastic ability. All he needs to do is to train hard, improve his physical stamina and seize the chance to show what he can do. David has been a great help and we’re all very grateful for everything he has done.”

The duo were David’s guests of honour at Preston’s home match versus Swindon Town on Saturday.

David said: “I’m delighted I had the chance to see Sergios playing while I was visiting our Cyprus Campus. To see him now in Preston making the most of this opportunity is great. He is a very talented footballer and I’m delighted I could help.  UCLan’s Cyprus Campus is one of our best assets and this helps to build further links between us.”

While in Preston he has been under the watchful gaze of PNE Academy Manager Nick Harrison. He said: “Credit to Sergios for coming over and joining in so well. He’s taken to all the training sessions really well; he’s coped with the physical demands, displayed his technical ability and has shown he’s a good footballer.

“For me it’s been a positive experience for both parties. He’s been able to learn from us while the rest of the players have come up against an older player who has a different style of play to what they’re used to. The way he’s integrated so well with the group is a bonus.”

But being a footballer does not mean he has been able to avoid his academic studies as he has been using UCLan’s interactive educational software to compete his assignments. 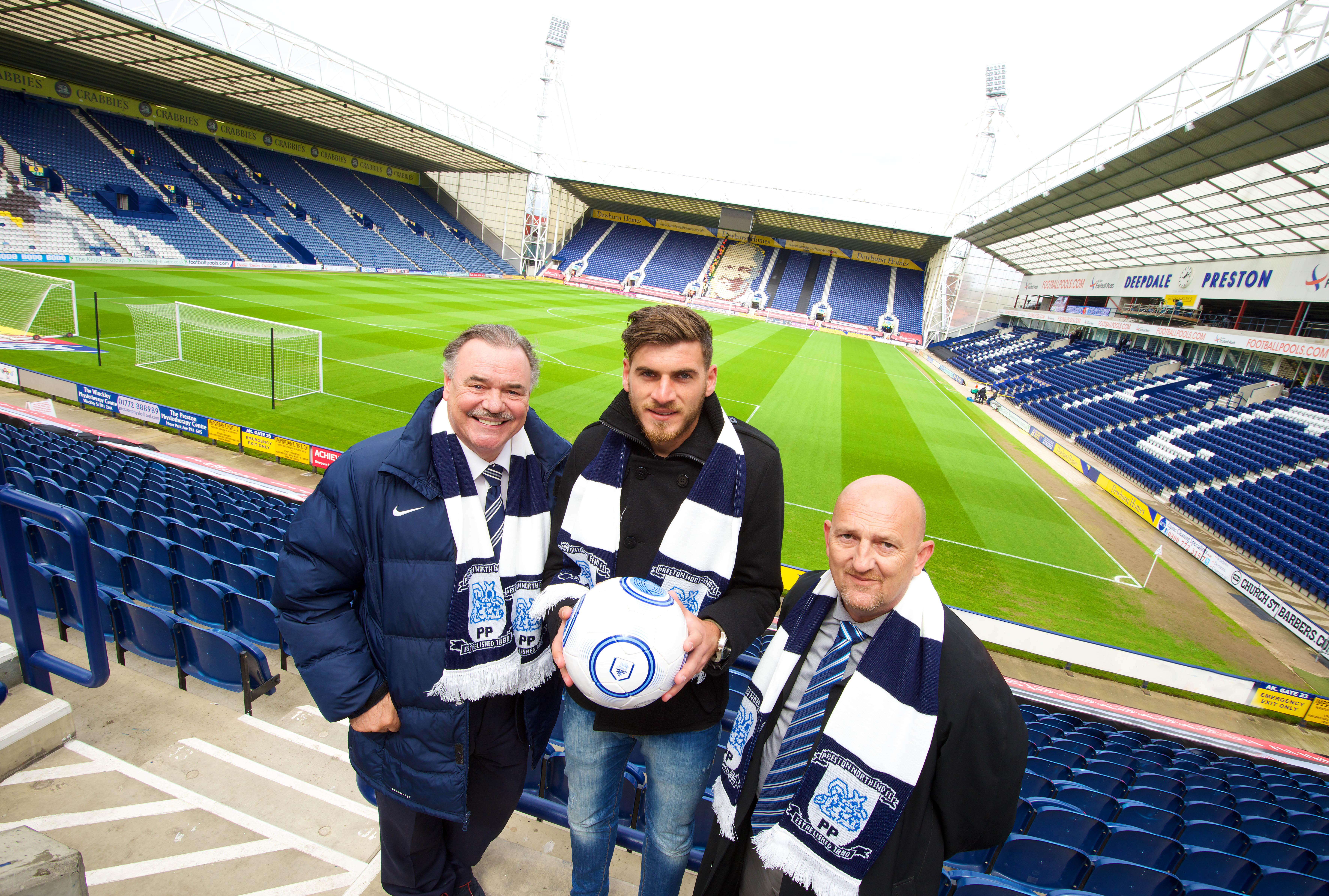