Code Cyprus 2015 was successfully held on the 7th of March at UCLan Cyprus, for high school and secondary school students.  The workshop aimed to inform the students about the beauty and importance of programming, but also the possibilities that entrepreneurship has to offer.

Code Cyprus began in 2013 with the funding of the Cyprus Fulbright Commission, within the Alumni Small Grants scheme. The workshop for 2015 was held in collaboration with Cyta and the support of UCLan Cyprus and the Embassy of the United States in Cyprus.  Following the greetings and introductory speeches by CYTA and UCLan Cyprus representatives, Mr. G. Malekkos, Manager of PowerSoft, gave his presentation.

Specialized workshops followed which included topics such as the introduction to programming, computer games, robotics, and databases. Through these workshops students were given the opportunity to learn the elements of programming. The highlight of the workshop was the treasure hunt, where students followed clues that appeared on their Android devices to discover the treasure. The first 6 winners earned Cytashop coupons.

UCLan Cyprus shows its continuous support to all actions aimed towards the enlightment of students in all areas related to the wonderful world of Computing. 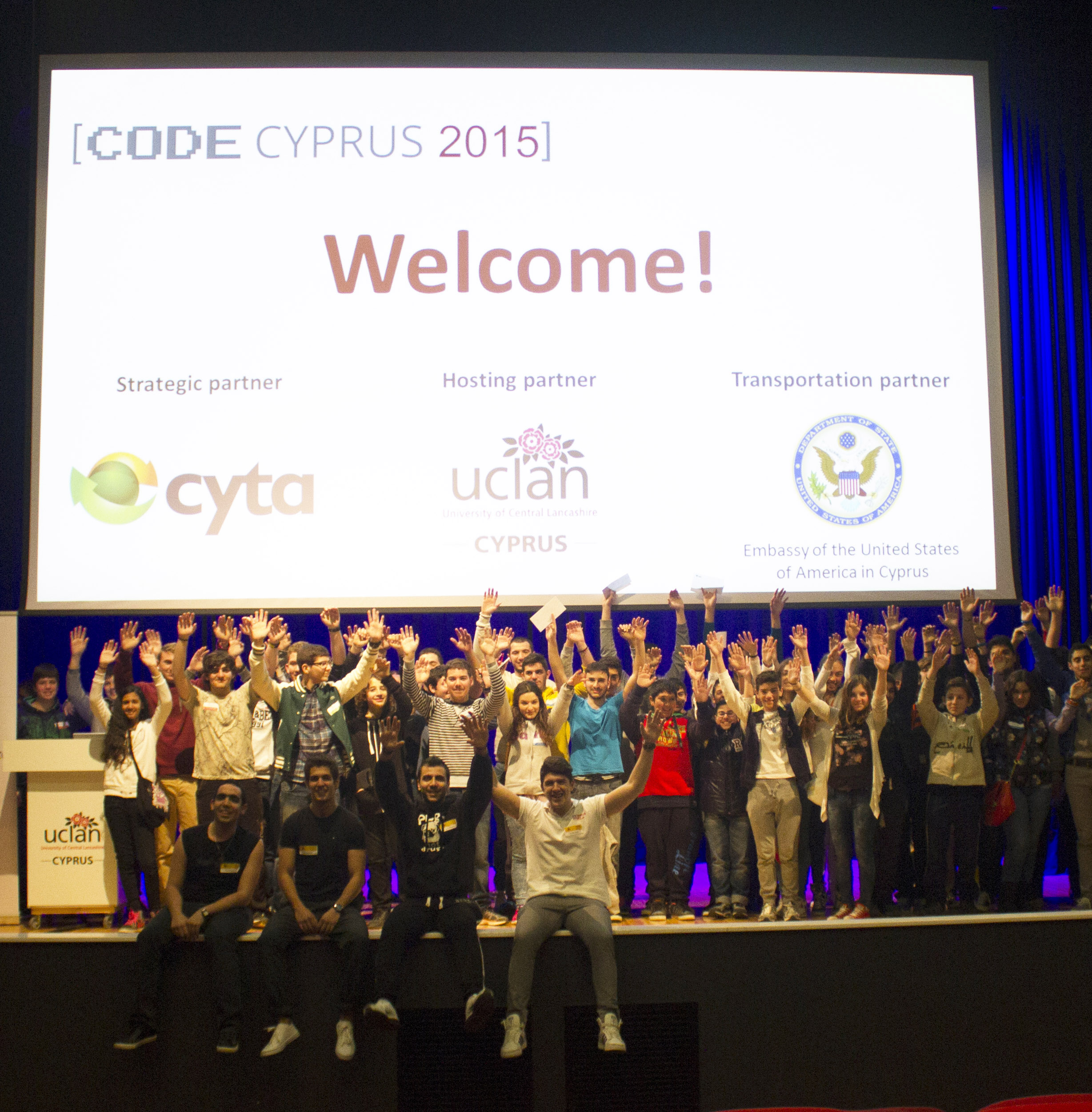