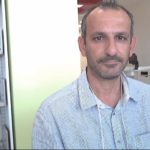 2014 Committee Member of the local Chambers of Commerce

2011 President of SPEA. (Entrepreneurs Association for the Promotion of Business in the Famagusta District)

2007 Member of the Cyprus and Famagusta Bar Association (Lawyers Association)

2002 President of the Youth Commerce Chambers of Famagusta

March 12th 2014, G KOUZALIS LLC, in conjunction with Crowe Horwath and Spea held in Paralimni, Cyprus. The seminar was titled “Cyprus; The Aftermath of March 25th 2013. Can Cyprus follow the Example, or learn from the Dubai Model”.

Acting as the official property administrator for SNK properties and Projects.

Administration of projects in Cyprus to assist owners in obtaining their title deeds, liaising with local authorities, developers and owners to facilitate this.