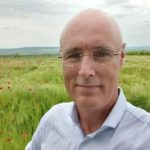 Evaluation of judicial reforms in Eastern Europe, (Central) Asia and the Middle East and North Africa region, development of regional and global instruments to assess performance in the justice sector, measurement of Rule of Law and promotion of measures to enhance efficiency and quality of justice in various countries

Expert and owner of IUSTUS Consulting Services focused on the delivery of expertise and technical assistance to European and International Organisations, national donors and governments in the field of justice and law (2014 – current)

Empirical research on the measurement of the Rule of Law; development of new approaches for measuring the functioning of justice and judicial systems in a comparative manner; court quality policies; e-justice; ADR and mediation; monitoring and evaluation of judicial reforms and court performance measurement.