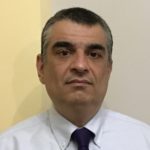 Solicitor of the Senior Courts of England and Wales (Qualified and Admitted to the Roll, 2003; practising Assistant Solicitor, 2003-2007; non-practising Solicitor, 2007-)

Democracy and the rule of law; the history and constitutional status of the Law Officers of the Crown; the constitutional, legal, political and military history of the Island of Cyprus, including the Republic of Cyprus and the Sovereign Base Areas therein; International Humanitarian Law and Human Rights Law, particularly in the context of the Republic of Cyprus; professional ethics; and the themes of justice and injustice as portrayed in the lyrics of Greek music.

N.B. The above submission was also cited by the House of Commons Health and Social Care Committee in Delivering core NHS and care services during the pandemic and beyond: Second Report of Session 2019–21 Report, together with formal minutes relating to the report (House of Commons Paper HC 320, Westminster, 1 October 2020), pp. 48 and 76, website of the United Kingdom Parliament, https://committees.parliament.uk/publications/2793/documents/27577/default/

N.B. The above submission was also embodied in the ‘Published written evidence’ in House of Commons Exiting the European Union Committee, The consequences of “No Deal” for UK Businesses: Fourteenth Report of Session 2017-19 (House of Commons Paper HC 2560, Westminster, 19 July 2019), 62, website of the United Kingdom Parliament,

N.B. The above submission was also embodied in the ‘Published written evidence’ in House of Commons Exiting the European Union Committee, The consequences of “No Deal” for UK Businesses: Fourteenth Report of Session 2017-19 (House of Commons Paper HC 2560, Westminster, 19 July 2019), 62, website of the United Kingdom Parliament,

N.B. The above submission was embodied in the ‘List of Witnesses’ in House of Lords Select Committee on the Constitution, 9th Report of Session 2017-19: European Union (Withdrawal) Bill (House of Lords Paper 69, Westminster, 29 January 2018), p. 84, website of the United Kingdom Parliament, https://publications.parliament.uk/pa/ld201719/ldselect/ldconst/69/69.pdf

Klearchos A. Kyriakides, ‘The Cracked Colonial Foundations of a Neo-Colonial Constitution’ (Working paper based on a presentation delivered at an academic event held on 18 November 2020, organised by the School of Law of the Cyprus Campus of the University of Central Lancashire and entitled ‘60 years on from 1960: A Symposium’, to mark the 60th anniversary of the establishment of the Republic of Cyprus’), website of the Cyprus Campus, University of Central Lancashire, www.uclancyprus.ac.cy/wp-content/uploads/2020/12/‘The-cracked-colonial-foundations-of-a-neo-colonial-Constitution-as-at-27.11.2020-PDF.pdf

On behalf of the School of Law of UCLan Cyprus, I drafted and signed a 32-page Motivation Letter, dated 8 January 2018, submitted to the Tenders Board of the Council of Europe in Strasbourg, France, in response to a Call for Tenders (Lot 2 of 2017/AO/51) for the provision of Consultancy Services in the area of Good Governance, Combating Corruption, Economic Crime and Terrorism.  This formed part of a wider application to which a number of colleagues kindly contributed.  On 28 May 2018, the Economic Crime and Cooperation Division of the Council of Europe confirmed that an Act of Engagement laying down the terms and conditions of a framework contract had been entered into by UCLan Cyprus Limited and the Council of Europe.

Supervision and examination of Projects/PhDs

*  Walk of Truth Stichting (https://walkoftruth.com/) is a registered charitable not-for-profit Dutch foundation dedicated to protecting cultural heritage and tackling art trafficking together with other forms of cultural crime.  In 2021, it entered into a Memorandum of Understanding (MoU) with University College London (UCL) to ‘promote research, training and education around the protection of cultural heritage globally’.  Further details on the MoU are in the press release published by UCL on 30 September 2021 at www.ucl.ac.uk/global/news/2021/sep/ucl-and-walk-truth-join-forces-protect-cultural-heritage

** Agora Dialogue is a registered not-for-profit Australian organisation dedicated to ‘sharing knowledge and ideas’, ‘promoting engaged citizenship’ and ‘encouraging responsible leadership’.  Further details are on the websites of Agora Dialogue (at https://forum.agora-dialogue.com/ and https://agora-dialogue.com/) and on its Youtube channel (at www.youtube.com/channel/UCLTAQsi_5y6eFpm9EVzRTlg).

N.B. I am involved in various other activities, which are directly or indirectly related to the above.